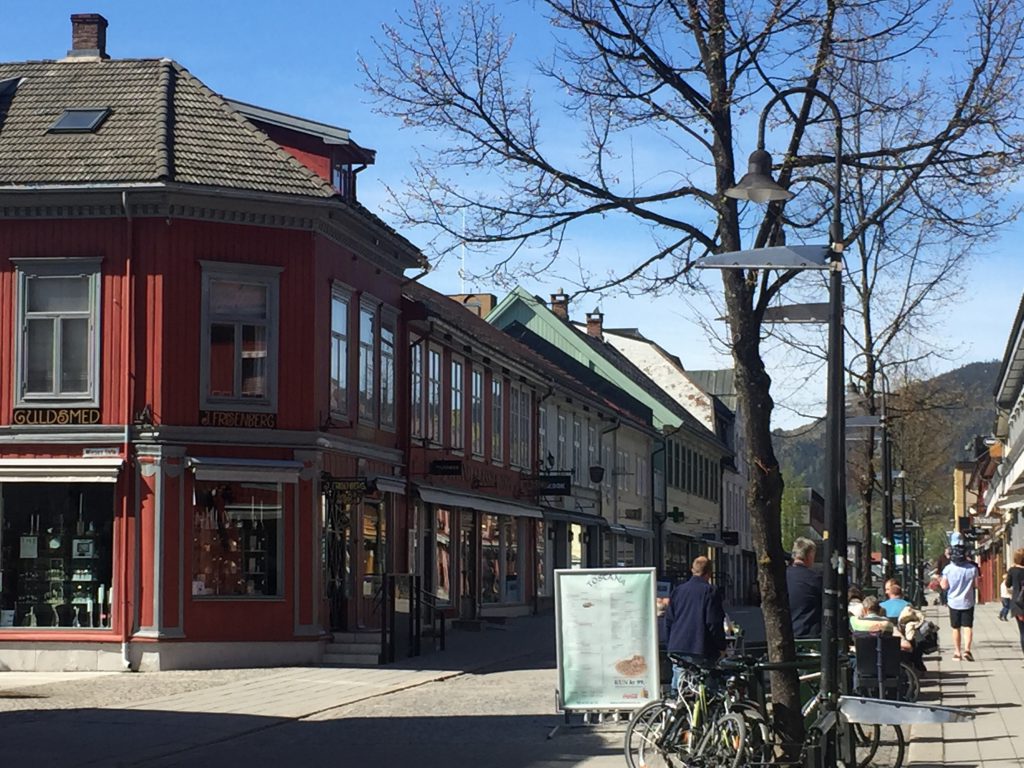 Lillehammer is a small city of about 20000 inhabitants located about 180 kilometers north of Oslo. Situated directly on the northern end of Norway’s largest lake, Mjøsa, and at the beginning of one of the the country’s main valleys, Gudbrandsdalen, it has been an important merchant town for almost 200 years.

The city is most famous for hosting the 1994 Winter Olympics, a job the city did with bravor as the games has been hailed as one of the best in history. You can still see many references to the event around the city and many of the local sporting arenas and establishments were built or expanded for the occasion and are still in use today.

The city’s beautiful natural surroundings and quaint architecture draws many visitors from far and near, but Lillehammer rarely feels crowded. The high season is mainly during the Norwegian summer holiday in July and during Easter when skiers flock to the region to enjoy the winter sports amenities of nearby ski resort Hafjell.

Do not miss a visit to Maihaugen, a large outdoors museum with more than 200 buildings from different time periods, located right on the doorstep of the city. The museum is open all year and also offers many cultural exeperiences for both adults and kids.

And if you have kids, let Norwegian folklore come to life in your kids minds at Hunderfossen familiepark, where they can go on adventures and see “real” Norwegian trolls, heroes/heriones, princes/princesses, and so much more. It’s not cheap, but it’s worth the money. The park may not be as grand as many other adventure parks in the US and Europe, but it has a definite purpose and appeal that makes it very relatable.

Lillehammer is also a great base for your adventures into the Norwegian mountain areas. World famous Jotunheimen is just a couple of hours away, and so are many other of Norway’s nature wonders.